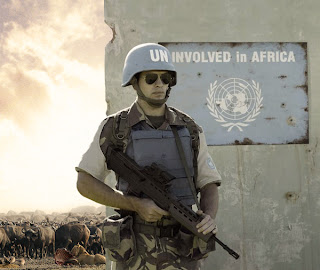 The U.N. Security Council (UNSC) held its first debate recently on piracy and its threat to world peace and security. The debate was instigated by India- 43 of whose mariners are being held hostage by pirates in Somalia, according to Ambassador Hardeep Singh Puri, who holds the Presidency of the UNSC at the moment.

U.N. Deputy Secretary-General Jan Eliasson is reported to have called for an international agreement governing the use of private armed guards aboard ships, besides more robust intelligence sharing and better coordination amongst the world’s navies fighting the scourge. He also said that incidents of piracy could rise quickly unless steps were taken by countries across the world.

More diplomats are now acknowledging the obvious, as evidenced by U.S. Ambassador Susan Rice telling the UNSC that no ship carrying armed guards had been successfully attacked by pirates. Some, like French Ambassador Gerard Araud, would like to see government posted guards instead. He also pointed out that as many as four fifths of captured pirates were released without prosecution. Many are simply freed on the Somali coast.

The recent decline in Somali piracy may make the UNSC debate appear dated; however, concern about West African piracy appears to be mounting, as well as worries about the economic cost of piracy. UN reports say that $170 million was paid to Somali pirates in 2011, quoting One Earth Future Foundation’s figures of a staggering $6.6 and $6.9 billion as the total cost of piracy that year; eighty per cent of this is absorbed by shipping companies.

As Eliasson said, summing up what many expressed at the debate: "We need to strengthen the capacity of states to prosecute individuals suspected of piracy and to imprison convicted pirates. That effort must include deterring and suppressing the financing of piracy and the laundering of ransom money."
Posted by manu at 11:34