Braemar Seascope, one of the largest chartering, sale and purchase shipbroking firms in the world, says in its latest Quarterly Container Ship Fleet Statistics, that 2013 boxship deliveriers will exceed the record set in 2008- 1.7 m TEU will be delivered next year, a staggering 9.5% growth YOY.

Reports by another well-known name in the industry indicate that container shipping is in danger of being subject to a double whammy: record deliveries coupled with supply imbalances, thanks to the phenomenal growth of the 8000+ TEU fleet.

Clarkson’s, another leading industry player, says in a concurrent report that the trade will continue to suffer growing supply imbalances, explaining that the huge 260% expansion of the container fleet this century has been marked with uneven growth across size sectors, with the largest ships showing massive growth. From 2000, when there were just 10 VLCSs in the world- less than 0.1m TEU total- there are now 454 VLCSs around with a combined capacity of 4.5m TEU. Another 218 are on order and will raise global boxship capacity by half when delivered. “In comparison, the sub-3,000 TEU fleet has grown by just (!) 66% in capacity over the same period, and has in fact been shrinking since March 2009,” a report says.

Braemar, too, confirms the trend, reporting that 48 ultra large boxships- 10000 TEU or more- will be delivered in 2013. Moreover, the period of 2011-2014 will see annual deliveries of these averaging a staggering 50 units per year.

Breaking up statistics, Clarkson’s reports that ownership of container ships is split evenly between operators and charter owners at present, but this too is skewed across size sectors. Operators currently own 62% of the VLCS fleet; however, they account for 74% of the VLCS capacity on order.

“The current delivery schedule suggests fleet growth is likely to slow significantly from 2014, with just 1.4m TEU scheduled to be delivered after next year. However, this growth will continue to be heavily concentrated in the larger sizes - 73% of current orderbook capacity is on vessels over 8,000 TEU. The sub-3,000 TEU orderbook has fallen to historically low levels - less than 0.2m TEU - equivalent to just 4.7% of fleet capacity in this size range. As such, although there are a number of emerging supply imbalances, the dominance of VLCSs in the pattern of fleet growth may prove the most significant in the medium-term,” Clarkson’s says.

Braemar’s container analyst Jonathan Roach feels that demolition will offset some capacity increases. “Supply growth this year has been actively countered with plenty of cellular demolition,” he says.  “During the first three quarters of 2012, containership demolition reached in excess of 220,000 TEU and we estimate by the end of the year the TEU capacity scrapped will reach the 300,000 TEU level. This represents the equivalent of approximately two per cent of the 1stJanuary 2012 fleet. Historically, the biggest year for cellular scrapping was 2009, with 370,000 TEU was sent for recycling.”


Kochi seems to have established itself as the cruise destination in India; forty four luxury liners- with 58,000 tourists aboard- called the city last year. Chairman of Cochin Port Trust Paul Antony says that this business alone generated revenue of Rs 60 crore for Kerala. Kochi port wants to up this number by a third this year, and is targeting Rs 80 crore; fifty calls by luxury liners have already been confirmed, according to the Hindu Business Line.

Inaugurating a spanking Rs 7 crore cruise passenger facilitation centre at Willingdon Island, Antony hoped that the 1500 square metre dedicated terminal would allow Kochi to target new business. Large cruise liners like Mariner of the Seas, Celebrity Solstice, Costa Atlantica and Azamara Journey- with 3000 passengers each- were already being lured on maiden visits. This is in addition to the German Aida Cruises that have been calling Kochi since 2009; this year too, about 4000 tourists were expected from the cruise ship Aida Diva in two calls.

Kerala Tourism Minister A. P. Anil Kumar told the Hindu that Kerala’s tourism is growing at the rate of 14% as far as foreign arrivals are concerned, and that the total number of tourist arrivals has crossed the impressive one-crore mark. 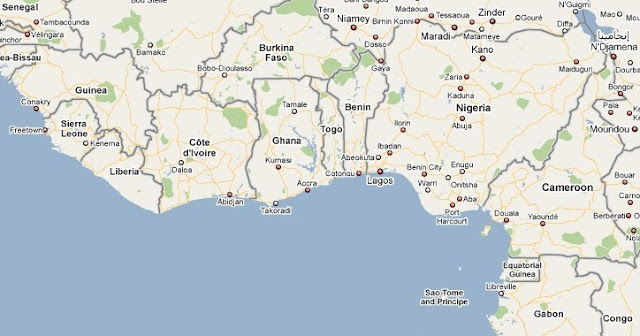 The recent attack on an oil tanker off Ivory Coast underlines what many are saying- that Nigerian pirates are getting bolder in the face of the international community’s greater focus on Somali piracy and that piracy in the Gulf of Guinea is as dangerous a threat to shipping and mariners.

The attack on a Panamax tanker on October 6 was a first- and furthest. The vessel was anchored off Abidjan for a ship to ship operation when more than a dozen men armed with AK47s boarded and hijacked it. The vessel was forced to leave Abidjan and sail through waters controlled by Ghana, Togo and Benin; she was taken into Nigerian waters. The tanker was finally released on October 9, but not before about 2500 MT of gas oil had been stolen by the pirates; she was carrying a total of about 30,000 MT. Fortunately, none of the 24 crew- Filipinos and Greeks- were injured, although the vessel’s communication system was trashed by the pirates.

The spread of piracy coupled with the rise of Islamic terrorism in Nigeria is now beginning to alarm more than a few analysts. The malaise has spread far beyond Nigerian waters; about 20 tankers were attacked last year off Benin, Nigeria’s western neighbour. Togo has seen a dozen attacks on anchored vessels off its coast this year after Benin and Nigerian navies took action in their waters; pirates simply moved west. And now, the waters off the Ivory Coast are becoming dangerous.
Operators have been moving their STS operations westwards in response to the spreading menace.

It seems, however, that the pirates are unfazed and not hesitant about operating far from their bases in Nigeria. What is worrying the International Maritime Bureau’s piracy reporting centre, according to a recent report, is that the attack off the Ivory Coast represents a “potential game changer”; it is the furthest the pirates have struck from their bases so far. Masters and owners too, will have to rethink their planned STS operation locations immediately.

The IMB is also concerned about the fact that these attacks are specific. They target product tankers, and these attacks are not opportunistic. It follows that the criminals are getting their intelligence from somewhere, and are well organised with logistical support, so that they can pump out the cargo- usually gas oil- into smaller barges or tankers and then disappear.

There may be some parallels here with Somalia. “The gangs have access to ship movement intelligence along with a substantial network, personnel and expensive physical assets. These are well organised and resourced criminals. If the law enforcement agencies of the coastal countries in the Gulf of Guinea do not take determined action to arrest and prosecute them, they may find they have a growing criminal phenomenon taking root in coastal communities which they are unable to bring easily under control,” says an IMB report published a few days ago.
.