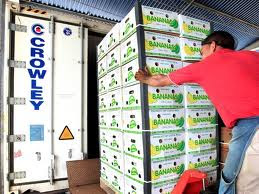 The writing on the wall has been legible for some time, but it appears that the pace at which shippers are moving away from reefer ships is increasing. ‘Container Consensus’- a report put out by reputed firm Drewry- says that the growth in reefer containers nearly doubled last year.

All is not lost for reefer ships yet, especially on seasonal trades. Says Ole Petersen, who head of Perishable at freight forwarders Damco, "It all depends on the type of trade you are talking about and whether or not the ship is filled," he explains. "The economy of scale - particularly in relation to seasonal trade - often benefits the reefer vessels, as they can more easily swing in and out of seasons."

The trend- especially in the fruit trade- seems to be definitely in favour of containers, though- and is hardly new, as Sharon Cilliers of ‘Goreefers’ points out. "This has been happening for the past eight years or so, it's just accelerated as the price of oil has risen. With container shipping the unit cost is so much cheaper than on a conventional reefer vessel. There is no way to combat this and we've seen a number of reefer shippers shut down," she said.

The fact that containers are low investment and container ships have much more flexibility in loading a mix of non-perishables and perishables tilts the balance in their favour.

Ole says that reefer ships are running in parallel with container ships in some trades in South America and South Africa during the peak season, also because some countries like Argentina have infrastructure already in place that is geared for reefer ships. Despite the pressure, he feels that there will still be place for traditional vessels. "I am definitely not a believer in things switching over 100%," he says. "The big challenge in this is that it is easier for investors to invest in containers than in standard reefer vessels”.

Vice President of NYK Cool John Rowland indicates that the war is not yet over. Container companies had gone on the offensive to lure shippers away from traditional reefer vessels, he says, but recent developments indicate that unsustainable box rates, delays caused by slow steaming and extra port calls made by container ships may send customers back to traditional reefers. "

“Very attractive rates were offered to lure cargo away from the traditional specialised reefer services and this proved quite successful in the beginning,” he says. "However, more recently it can be seen that the rates offered by the lines are unsustainable and some major container carriers are making serious attempts to restore their reefer rates. If the rumoured rates increases are implemented it is very likely that there will no longer be cost advantages to container shipping."

"Money is important," he says, "but for reefer commodities, so is a fast and reliable service." "With perhaps a more level playing field, we may see the operators of specialised reefers clawing back some of the cargoes and trade lost to the container lines."
.

Email ThisBlogThis!Share to TwitterShare to FacebookShare to Pinterest
Labels: reefer


International shipping consultancy Moore Stephens says that, based on a recent survey conducted by the firm, confidence levels in the shipping industry has touched new lows in the last quarter ending August. Interestingly, this fall has come after three quarters of improved confidence; nonetheless, industry confidence today is at its lowest levels since the survey commenced in 2008.
Between May and August this year, the average confidence level in shipping fell from 5.7 to 5.3 on a scale of 1 to 10 (high). The August figure was identical to the one thrown up in August the previous year, after which confidence had been inching upwards. The first survey in May 2008 had thrown up a corresponding number of 6.8.

The reasons for this renewed pessimism come as no surprise. The biggies are, of course, the continuing uncertainty in the global economy and excess tonnage; there is still, the respondents of the survey agree, a glut of newbuildings hitting the market. Analysis that Greek owners have reportedly booked over 400 vessels in Korean yards means that no improvement in the situation will be seen for years, they say.

A market player who responded to the survey said, “The shipping market will remain difficult for the next few years. More owners are now tempted to order new ships as building prices will be at their lowest level for many years. Shipyards and governments will do everything they can to prevent the closure of yards, which will create very interesting special financing packages aimed at getting owners to order new ships. So the market will be flooded with more new vessels, extending the time it will take for the industry to recover.”

Respondents agreed that shipping was haemorrhaging money. Said one, “Companies are burning up cash reserves at a frightening rate, given the appalling earnings currently on offer. Banks are increasingly reluctant to put out any money, let alone new money, except in very specific sectors. The economic outlook, particularly in Europe, is dismal, while China looks increasingly likely to suffer a hard landing. Let’s hope that the darkest hour really is just before the dawn.”

The drying up of shipping finance is exacerbating the situation, the survey shows. “The accelerating withdrawal of banks from the shipping finance market is effectively depressing ship values,” was one comment. “We anticipate that bank finance for medium-size owners and fleets will be largely unavailable for some years yet.”

Charterers, the least confident in the last survey, were the only respondents who were upbeat this time around, with confidence ratings of 5.7 compared to 5.0 in May. Owners’ confidence was down from 5.6 to 5.1, probably because, as one respondent succinctly said, “Low dry bulk rates and very low tanker rates, more ships to come into a relatively modern fleet, cheap newbuildings, poor demand outlook - what's to like?”

Another said, “It is astonishing that a whole industry has been misreading the markets, which has led to the prospect of excess building capacity for years and years to come, based on wrong assumptions by analysts.”
.

Email ThisBlogThis!Share to TwitterShare to FacebookShare to Pinterest
Labels: shipping

British couple back at sea despite 388 day ordeal in Somalia


Two years after Paul and Rachel Chandler’s terrifying ordeal at the hands of their Somali captors, the yachting couple have courageously made firm plans to finish their round the world trip aboard the same boat, and are back at sea.

The English husband and wife were taken off their yacht- the 38 foot ‘Lynn Rival’- in 2009 from near the Seychelles. Held separately in a makeshift prison on land and subject to near starvation, solitary confinement, severe beatings and worse- 57 year old Rachel survived a rape attempt and pirates threatened to starve the couple to death- they were finally released after 13 months in captivity after family, friends and Somali diaspora living in the UK collected 625,000 GBP in ransom money. Their boat was found drifting in the ocean by the Royal Navy after the pirate attack and brought back to the UK.

The Chandlers have, since their release in 2010, been living in Dartmouth on the Devon coast, restoring the ‘Lynn Rival’ and preparing to continue their round the world voyage. They sailed out from Noses Marina last week and arrived in Falmouth the next day in obviously high spirits- a local photographer in Dartmouth said they looked ‘ecstatic’. It is believed that the Chandlers will soon be heading for Spain. Rachel revealed that there is still a little problem with the bilge pump of the boat that needs to be fixed- and there is still a bullet hole in the boom, testimony to the terror the two were subjected to three years ago.

"We would have been devastated if we hadn't been able to carry on," said 60 year old Paul, a retired engineer. "It would have been very difficult. You retire early enough, with a dream; you scrimp and save to make it possible … It's like coming home. The Lynn Rival was to be our chosen home for many years. We've been back in her a week."

"It was wonderful still to remember how to do it. There was always that apprehension that we might not be physically up to it anymore," he added.

Rachel says she feels fantastic. “I wasn't even seasick, and I quite often am for the first two or three days." She’s not unduly troubled by the past. "We've gone through it, and it was a horrendous experience, but we were very unlucky. We can't pretend it didn't happen; it did. But we know that underneath we are still the same people. And you do have to get on with life."

The Chandlers will spend the next few months in Spain and Portugal, then sail to Morocco and then on to Brazil, where they plan to arrive by March next year.Quite obviously, they are going to avoid the East coast of Africa. "Maybe after we've been to South America and the Pacific and the Far East, say nine or 10 years down the road, perhaps it will be perfectly fine there. Who knows?” says Paul.
. 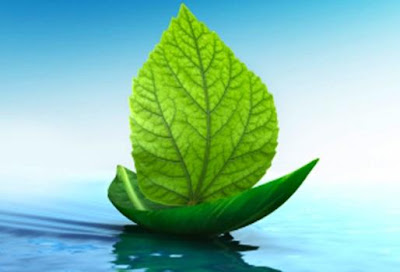 Recent analysis by BIMCO says that the new generation of ‘Eco ships’- cost effective and environmentally friendlier because of lower fuel consumption- may make  economic sense in the not too distant future despite costing about 25% more to build. The present freight rates may not appear to justify the additional investment, but, according to BIMCO’s chief shipping analyst Peter Sand, “ECO ships seem to be the best profitable choice for the future fleet.”

Sand backs up his opinion with numbers. "Our calculations show that, should you choose to invest in an ECO MR2-tanker, you could pay up to 25% more for your vessel before settling for a non-ECO MR2-tanker,” he says. “BIMCO has been looking at the basic economics of this development and can conclude that a fairly large premium can be paid on newbuildings to operate ECO ships instead of traditional ships. The calculations that are based on our assumptions, disclose that a 15% savings on fuel, potentially enables the owner of the ECO ship to charge extra up to the amount that is saved in fuel – which is USD 2,197 more per day than what a regular vessel can ever get. The extra income means that a ship-owner can pay up to USD 8.31 million more for an ECO ship for the investment to be equally good or better off as compared to a standard tanker. That is a premium of 25% when the standard vessel is priced at USD 33 million" he said.

Sands did not elaborate on the additional advantage that Eco ships have- compliance with the ever tightening emission regulations that makes older ships much more expensive to run, especially if they have to be retrofitted with expensive machinery. Analysis indicates, though, that a rough thumb rule could be used by shipowners to determine how much more they should pay for new Eco ships and still come out ahead. “Based on the same fuel consumption and fuel prices assumptions, a ship-owner can pay up to USD 5.5 million more for an ECO ship for every 10% of fuel savings – or 17% more when a standard vessel is priced at USD 33 million”.

This could change, quickly, says the analysis, as “higher freight rates are expected to be part of not too distant future.” Today, though, an Eco ship should not cost “more than USD 27.8 million to be a profitable investment for a ship-owner. Comparably a standard vessel must cost as little as USD 19.5 million to be profitable in today’s market.”
.